With fond farewells we set off from Wooster, bound this morning for Cleveland. It’s not too far so we arrive by lunchtime, though with only one night in the city we have to make the most of seeing the sights.

Cleveland, perhaps surprisingly, is home to the Rock and Roll Hall of Fame – though this begins to make a bit more sense when you discover that it was Cleveland DJ Alan Freed who first coined the term “Rock and Roll” in 1951. Thus a new form of music was born, and Cleveland made its name in the annals of rock history. 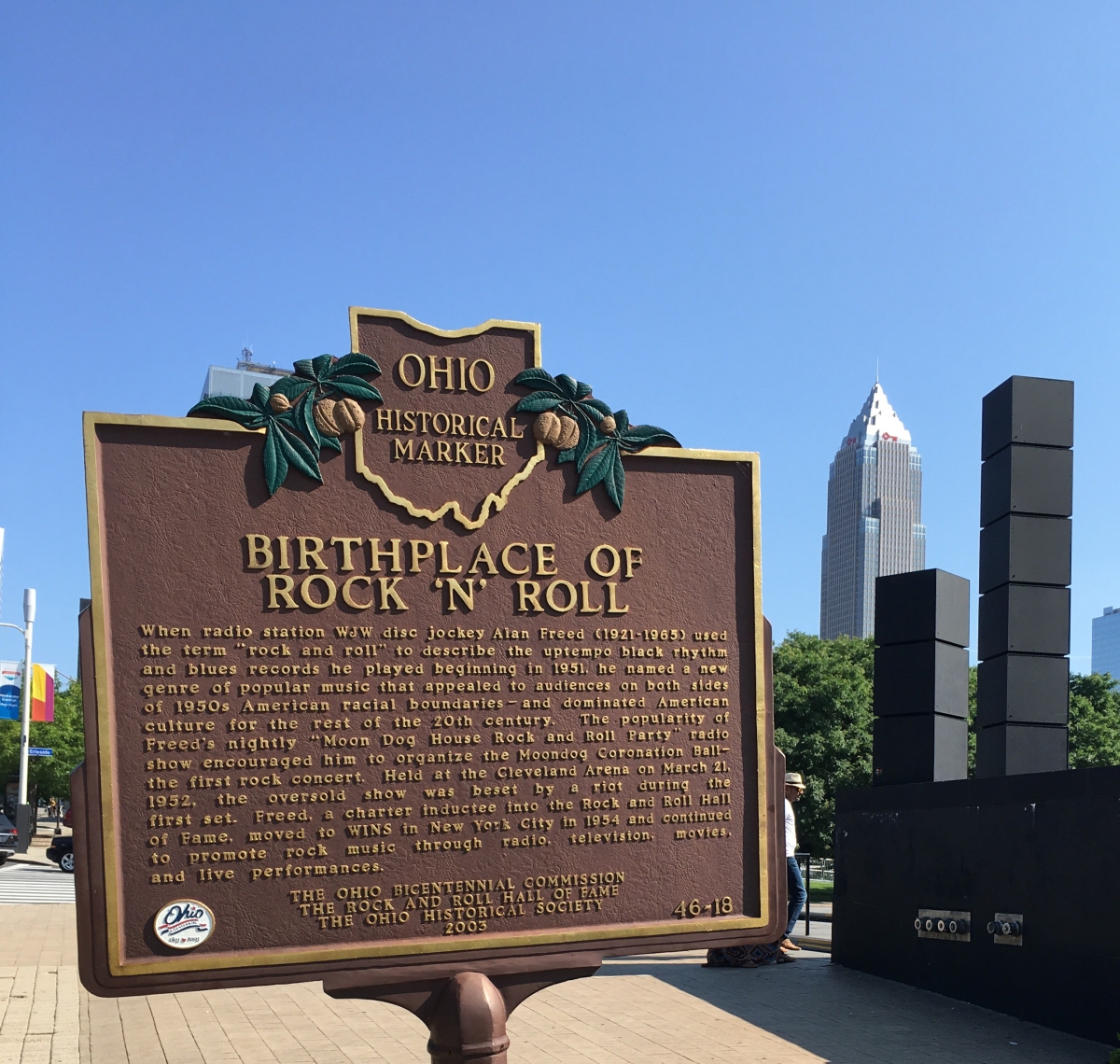 We spend a good couple of hours in the R&RHoF, which is really busy! Places like this always surprise you by being overwhelming in certain ways, underwhelming in others, and sometimes downright peculiar. One exhibit showed a scruffy old couch dating from the 1960s – it turned out to be Jimi Hendrix’s father’s sofa, fresh from a lifetime of Jimi sitting watching TV and noodling on his guitar. (You can decide whether that is overwhelming, underwhelming, or downright peculiar!)

Some of the more beguiling exhibits in the museum were the posters, particularly these, showing the Californian summer of love:

In the evening we were treated by new friends Jocelyn and Tom to a lovely dinner at Crop. We’ve been really struck on this trip by the generosity and hospitality of our American hosts. Tonight, we enjoyed the lovely food, great atmosphere, and lively conversation of this piano bar (which used to be one of the city’s banks). Cleveland was in high spirits, as its baseball team the Indians beat the Los Angeles Angels 3-0 in tonight’s game. Driving back to our hotel, celebrations were in the air with fireworks and crowds throughout the city.