Today, the weather turned. Big time. Chicago may be known as the windy city, but it was also wet, blustery and thunderous. Still, where most cities scrub up well in the sun, Chicago holds up pretty well whatever the conditions. 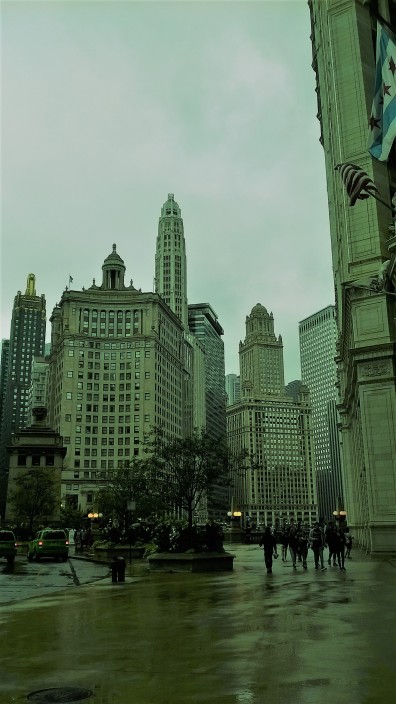 Walking down Michigan Avenue, the Magnificent Mile is lined with top fashion stores, yet unlike London’s equivalent, Oxford Street, it’s surprisingly quiet. Instead, there’s an array of dogs, statues honouring the police dogs unit in a “K9s for cops” tribute. 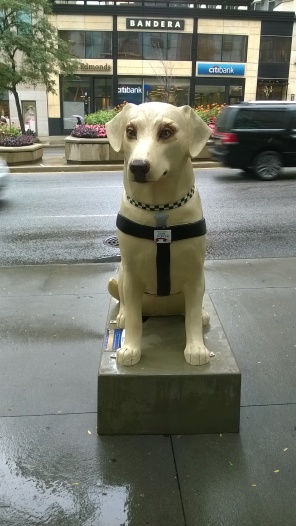 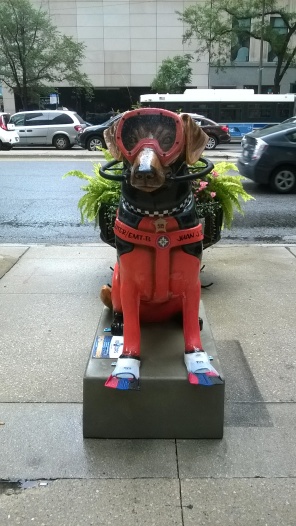 Just beyond the river is the American Writers Museum, well worth a trip for its interactive displays and engaging installations. In fact, they’ve made this museum such an enjoyable gem that surely anyone of any age could get excited about books and reading.

Slightly smaller, and with a tiny selection of photos and images, is the City Landmark museum, housed in the old water tower building. It’s free, and although it only takes about thirty seconds to go around, it’s worth a look.

Tonight’s musical adventure takes us north of the city, to the Wrigley Field stadium, home of the Chicago Cubs. It’s not them playing, though – instead, it’s Seattle rockers Pearl Jam. You can tell they’re in town, because dozens of people in the streets of the city are wearing PJ teeshirts. They’re a big draw in Chicago, and with a capacity of 40,000, the Cubs stadium is perhaps the only place in town that could accommodate them.

But no-one reckoned on a storm front heading in from the West. No sooner had we all taken our seats than the heavens opened, the organisers were on to the Met Office, and for fear of lightning strikes thousands of people were ushered out of the not so cheap seats (we’d “paid out of the ass” for these tix!). Fortunately, by 9.30 the skies had cleared and the show began. 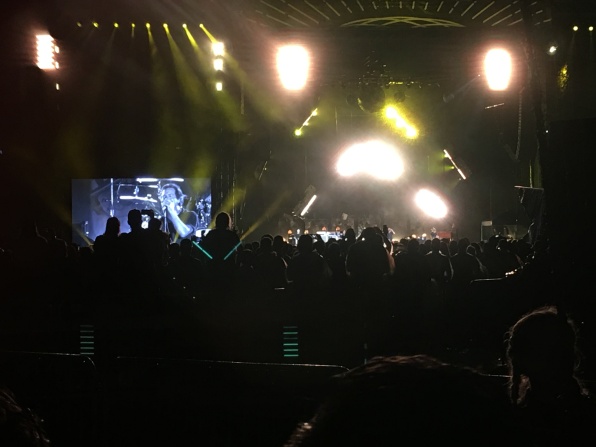