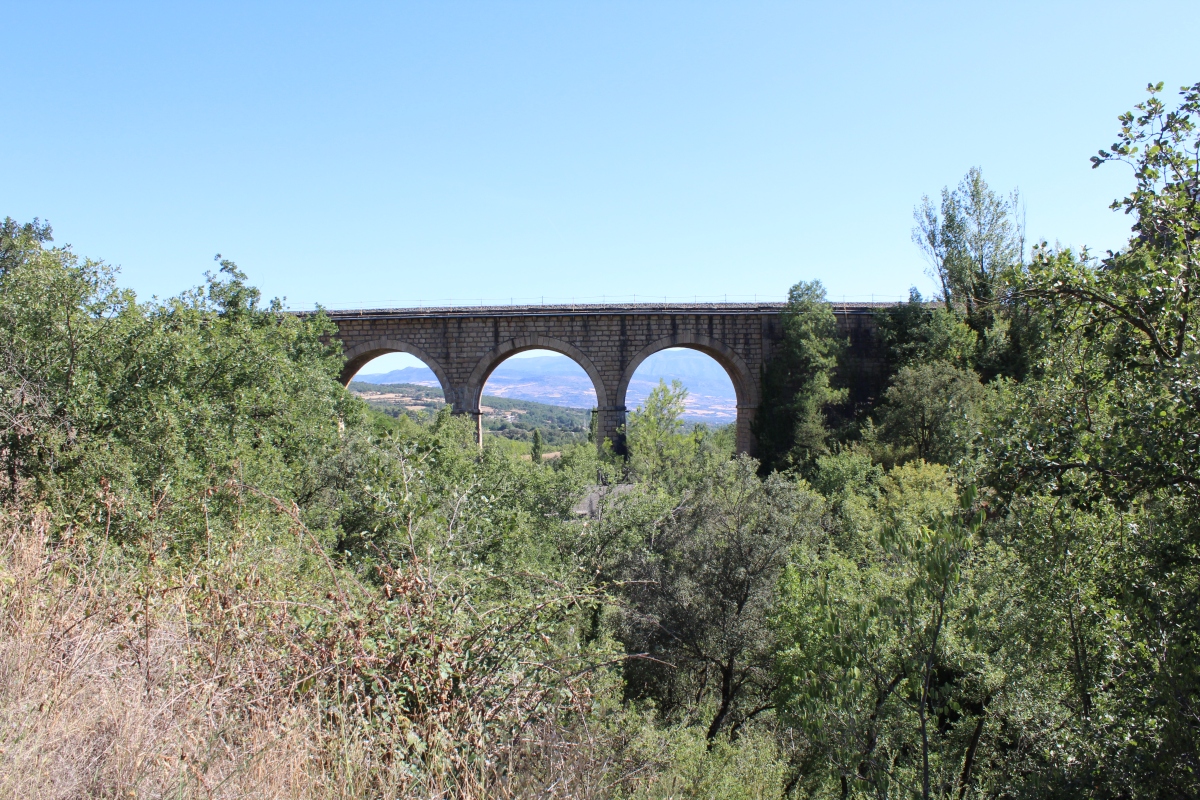 Talarn is an idyllic little village in the province of Lleida, with a handful of narrow cobbled streets and a church… and virtually nothing else. There was one restaurant, Casa Lola at one end of the street and another, Cafe PanYa at the other. There was a church, of course, and there was a pharmacy which never opened. 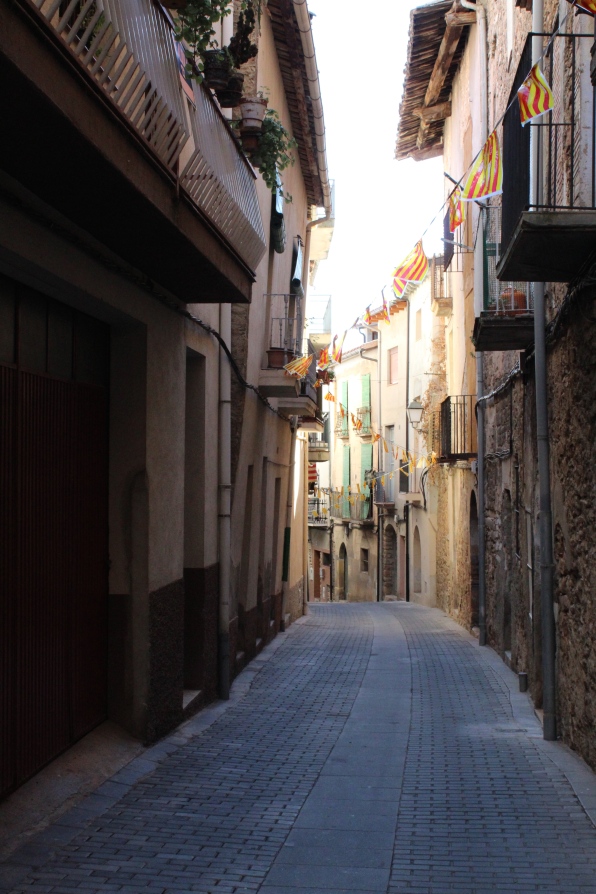 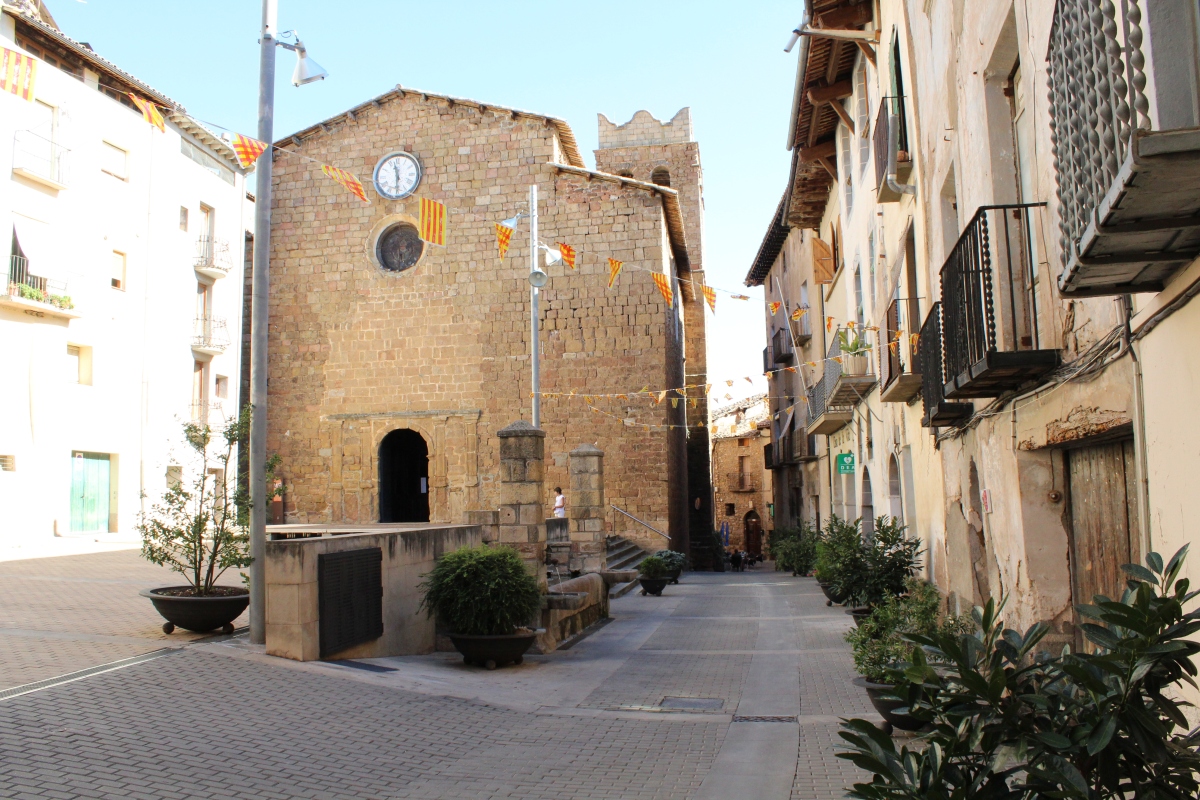 But we had come here to get away from it all and partly to work on a book we’re writing together – so we were very happy with very little going on. On the outskirts of the town was a small open air swimming pool and bar where we spent a couple of afternoons just relaxing.

Talarn is built precariously on a plateau rising up above the landscape. How the buildings manage to stay perched on top of this rock is a mystery, but they do. Just a mile or so away from the town nestles a beautiful reservoir, with the most turquoise water you’ve ever seen. On one side the sluice from the dam sprays water into the valley, and huge fish swim in the calm waters on the other side.

We promised to do a little bit of hiking too – and although we didn’t get very far, we followed the Cami del Terrissos down from the plateau and underneath a railway viaduct towards the historical ice cave. Sadly, the route to the ice cave itself became too overgrown for us to keep going, but it did mean we got to see some of the countryside around Talarn looking pretty peaceful and picturesque. 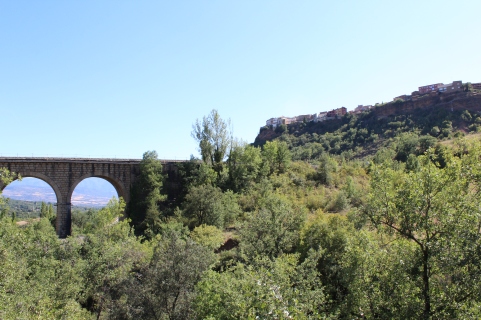 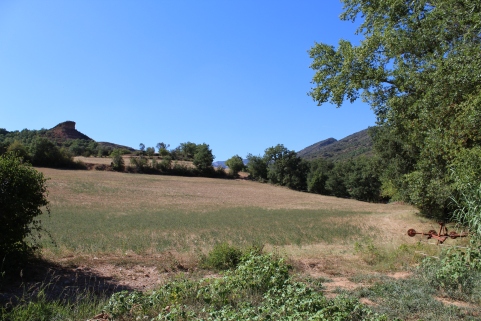 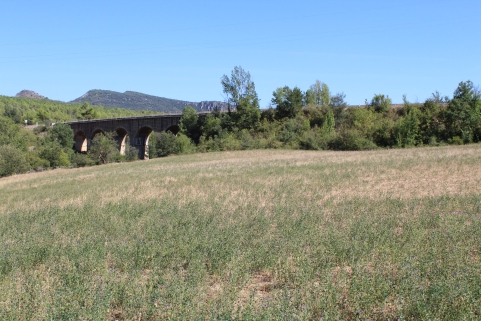 Despite its tiny size and the sense that the village was asleep for the summer, the municipal groundsman was preparing for the village festival, making a huge racket every morning trimming hedges and emptying bins. He hung up lots of bunting noisily and transformed the main square into a party venue. To our surprise, when the festival opened on Thursday night, the village suddenly became packed and started swarming with townsfolk enjoying a community meal in the square, an illustrated lecture of some sort, a film festival (mostly Catalan) and a stand-up comedian who must have been hilarious judging by the occasional laugh.

We bumped into very few people while we were here – our conversation with the chef from Cafe Lola resulted in us ordering most of the food in the village despite only going in for a drink: we’ve not quite mastered the language yet. Actually, that’s been a bit difficult, even for Dona Karen who is a natty little Spanish speaker. Problem round here is that everyone speaks Catalan, few people want to speak Spanish, and absolutely noone seems to understand English. They all thought we were French or Italian, which either shows how few UK tourists come to this neck of the woods, or it shows how deftly we pass ourselves off as bona fide Europeans. Must be the berets.

We did meet a really lovely guy, Paul, who runs the local hostel. He was looking forward to the beginning of the festival, when he held a disco into the small hours of the night. Since it didn’t start until midnight, it was a bit late for us – maybe we’re not so European after all. But we did enjoy a couple of really nice evenings in Cafe PanYa, a small family-run pizza business with a courtyard and more killer views over the valley. Honestly: picturesque beauty is so run-of-the-mill for the people round here that it must get quite dull. 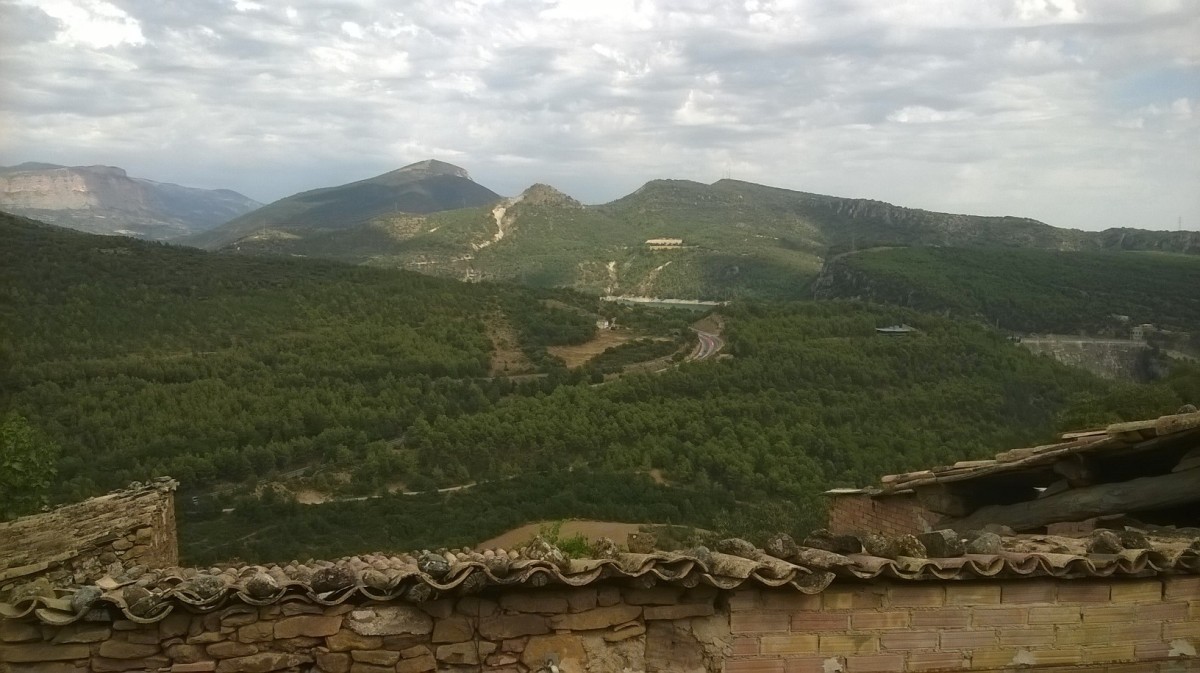 While we’ve been here though, there has been a series of terrorist attacks in Barcelona and just down the coast in Cambrils. We’ll be in Barcelona in a day or two – it’s sobering to think that another vibrant European city can be targeted by yet another act of terror.