We woke this morning in Sonoma with a slight fog, but it’s really rather nice. The chef at Gaige House tells us that most mornings begin overcast but quickly clear, and that the locals find this refreshing.

We took a stroll down the main street of Glen Ellen to find this strange house with a lot of iron features, which is quite unusual. In fact as we stood taking pictures a local chap drove by and shouted out “how weird is that house, eh, I love it”, so it’s quite famous amongst the community it would seem. 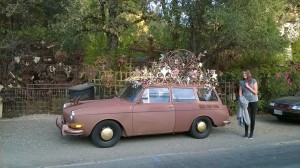 Glen Ellen is a tiny hamlet, with a population of only about 750. But one former inhabitant is the celebrated novelist and explorer Jack London.

Jack London was born in 1876, and seems to have had a most amazing life – he was a gold prospector in Canada, an Oyster pirate in the pacific ocean, a rancher and pig farmer on his property in Glen Ellen, a journalist for the Hearst organisation, and, most famously, a novelist. After having 600 rejections from publishers, he finally managed to have some of his short story material published, and from about 1900 until his death in 1916 published over 50 novels. Amazingly, he combined this with a relentless round-the-world touring itinerary, building his own yacht (for $30,000) and setting off via Hawaii for the pacific islands. Lots of his stories chart these adventures. Not surprisingly, Jack London has become Glen Ellen’s claim to fame, and many of the buildings – like this saloon – trade on the back of his notoriety. 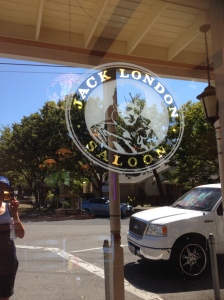 We decided to spend some time hiking around his old farmstead, which has now become a state historic park. We hadn’t realised quite how controversial and interesting his life was until we visited the museum and grounds. It’s such good value: we paid $10 for entry which included our car and both of us (although you could have up to 9 passengers – so for big groups, it’s even better value). We thought the museum in the House of Happy Walls (a home dedicated to Jack and Charmian and left by Charmian to the California State National Parks) was full of interesting material about their lives and their travels. The walk around the grounds was quite haunting, and a bit daunting given the warning regarding rattlesnakes and mountain lions. But, never fear…Karen prepared herself with a dry brittle stick in our defence! 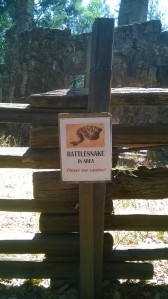 Unlike at Muir Woods where we were asked to be very quiet and respect the sounds of nature, on this hike we were asked to make lots of noise to scare off the predators….hmmm, so we got Dominic to sing some of his favourite show tunes – that would surely keep them at bay!

It was quite heartbreaking to see the graves of two youngsters whose family had settled on the land. Sadly, when things hadn’t worked out for the family the parents had to leave the little graves of their children behind. So, this is where Jack said he would also like to be buried, which he was when he died from kidney failure aged just 40.

It’s a lovely spot, peaceful and quite enchanting with all the trees, and not far from his dream house – Wolf House. This is also a sad story, a house that was never lived in because it burned down a month before Jack and Charmian were to move in in 1913. There are various rumours about the fire including, from the locals, the suspicion that the fire was an insurance scam, intended to leave Charmian an inheritance when the ailing Jack died. Whatever the situation, it is still a tragic tale. This whole place, and Jack and Charmian’s journeys are about lives lived to the full, brightly, but not without their ups and downs. The stories can’t fail to touch everyone in some way. 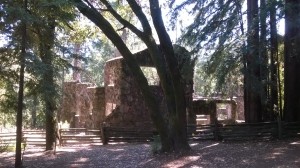 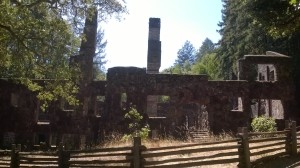 Well, even though this is the heart of wine country it seemed more appropriate to finish today off with a pint in Jack London’s saloon. Karen got her chops round some saucy chicken wings, and all was well with the world… 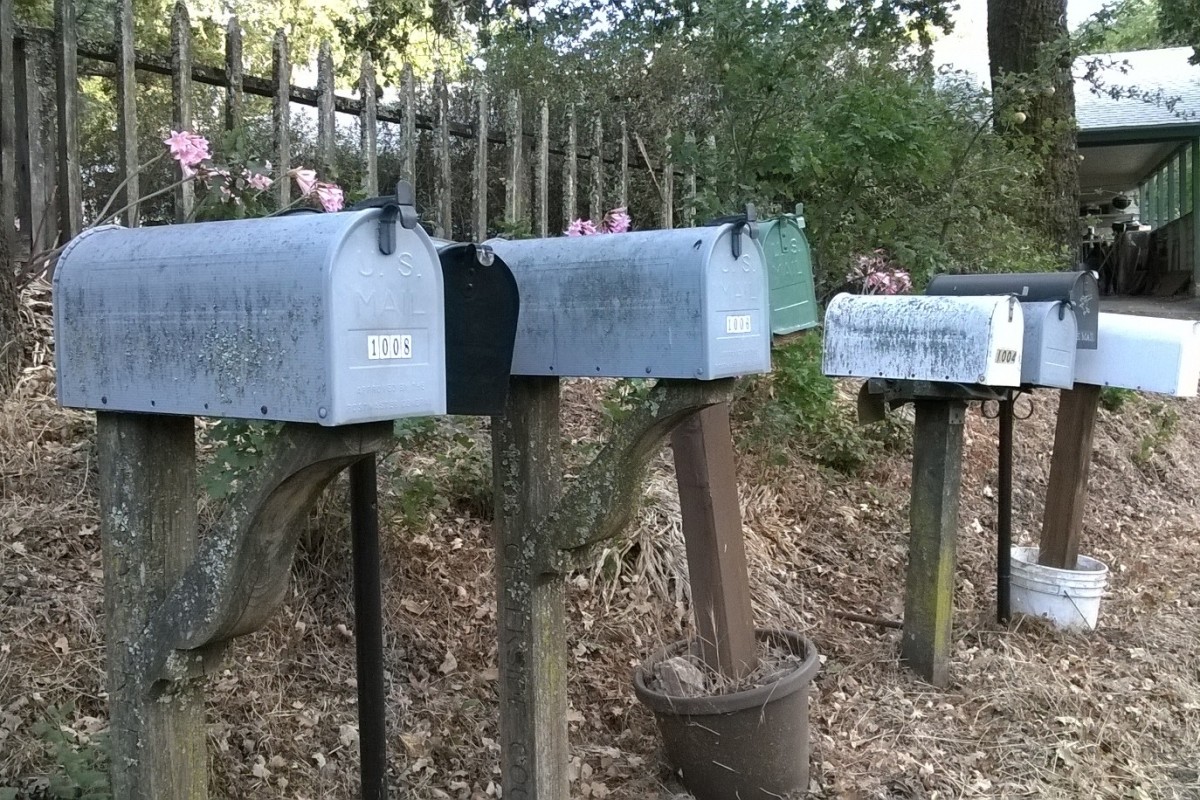 We made a quick stop at the Zoo in SF so we could get a pic (this really was just so Karen could conclude her ‘dream’ experience). Unfortunately we didn’t have time to ‘do the zoo’ because we wanted to visit Muir Woods on our way to Sonoma Valley.

On our way out of SF we drove across the Golden Gate Bridge, it was bright and sunny today so had we been on a bike I think we would have enjoyed the views very much. We still recommend cycling over – it is the best way to experience the bridge and the views.

So, Muir Woods – WOW! what an enchanting place. The trees are staggeringly tall and the Monument Park is a joy to walk around. It can be quite serene, although we went on a busy sunday so at times it was a bit noisy.

If you get a chance to visit then do. On the road in it said the parking lots were full and to use the shuttle, however we managed to find parking on the road nearby (people are leaving throughout the day – so it is possible to find a space). For those English drivers – you will get a ticket anywhere in the US if you park facing the wrong way (they say you have gone against the flow of traffic). We saw a ticket being placed on a car for this reason, so the wardens are really tough on it. We weren’t aware of this rule until Josh in SF alerted us (very grateful to Josh). 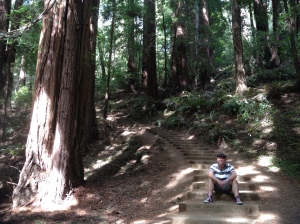 From the Muir Woods it is just a quick trip to the Sonoma Valley, although the traffic can get quite heavy as you approach the Napa and Sacramento turn off. Fortunately we were heading left to Sonoma (the less well-known and so therefore less commercial of the two wine valleys). We arrived at Gaige House to a fantastic greeting of a cheese and wine reception – ‘best welcome to a hotel we’ve experienced’, for obvious reasons! The hotel is really nice, picturesque grounds, lots of trees, and a chilled vibe. 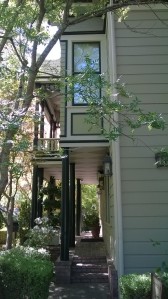 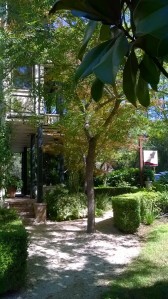 We chatted to some of the other guests over a few glasses of wine and then headed into the village for a meal. We ate a delicious steak frites at the Fig Cafe, and sampled a flight of four reds, our favourite was the 2013 Cline Cellars’ Mourvedre.

After that, and all the cheese we had already consumed, we realised we needed a lie-down. Looking forward to a full-day of Sonoma tomorrow.